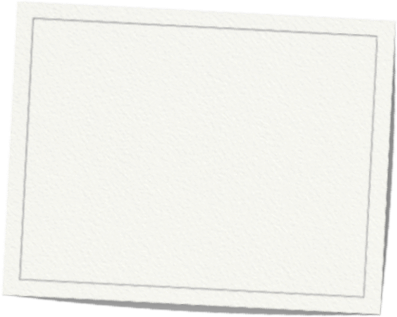 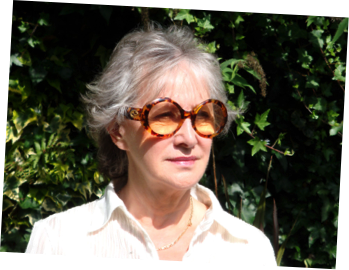 The writer, producer and broadcaster ANN MANN has followed a diverse and much respected career within many aspects of the media. Born in Somerset as Ann Wirdnam, she trained first as a singer at the London Opera Centre before going on to perform in West End shows and in the 1960’s her solo Cabaret act was a constant feature at several prestigious and fashionable London nighteries. She was a regular member of the No 1 mega-selling broadcasting and recording group “The George Mitchell Singers”.

Ann entered the film industry as an assistant working on “The Hound of the Baskervilles” (Hammer Films) “One of our Dinosaurs is Missing” (Disney) and the quirky “A Little of what you Fancy” – a Border Films documentary on the history of British Music Hall in which she had her first opportunity to display her diverse skills in three roles – singer, interviewer and continuity assistant. This film was shown in British Cinemas as the accompanying feature to the award winning "Dr. Zhivago".

Ann joined the BBC in 1966 and was initially assigned to the World Service at Bush House before moving to the Television Documentary Department where one of her first tasks was working with the BBC’s legendary founder Lord Reith in Malcolm Muggeridge’s award-winning classic documentary “Lord Reith Looks Back”. As part of Muggeridge’s team she was later involved with his much-talked about feature on Leonard Woolf - husband of the late writer Virginia.

She then went on to join the BBC Television Drama Department,working for the legendary James MacTaggart on the ground-breaking Wednesday Plays and with David Rose on the cult series’ “Z-Cars” and “Softly, Softly.

Newly promoted, Ann then moved over to the TV Light Entertainment Department working on programmes now considered as classics in the 'Golden Age of Television' - “Morecambe & Wise”,“The Two Ronnies”, “Oscar Peterson” and the first Dame Edna Everidge special featuring Barry Humphries. On the UK's No 1 chart show "Top of the Pops" Ann booked and worked in the studio with such artistes as Paul McCartney and Wings, Elton John, The Jackson Five, Abba and Neil Diamond. She also contributed to live outside broadcast variety shows from the London Palladium and The Royal Albert Hall.

In addition, as a BBC Radio Producer, Ann Mann made over five hundred programmes with their regular popular presenters Jimmy Young, Benny Green and David Jacobs, as well as many broadcast concerts with the BBC Concert Orchestra and the BBC Radio Big Bands. Her 'Specials' showcased artistes as diverse as Pauline Collins and John Alderton, Howard Keel and the composer Alan J. Lerner. Ann's 'one-to-one' interview with Margaret Thatcher for a BBC Christmas Day Special revealed a completely different side to the 'Iron Lady' as she shared with the nation her culinary technique of stuffing the Thatcher Christmas turkey!

Ann left the BBC voluntarily in the early eighties to take advantage of the opportunities in the newly liberated Independent Producer sector.

She was with “Signals” the first Arts programme for the then fledgling Channel-4, and was closely involved in development and production with the award winning Iambic Productions. She produced a series of Early Music concerts celebrating the life and work of the pioneer Arnold Dolmetsch which were televised from St. John’s, Smith Square, London for B Sky B Arts.

Ann is a recognized authority on Irish Literature and Music. On these themes she wrote, compiled and presented a number of arts programmes for the BBC. These included two on W.B. Yeats - “Ceremony & Innocence” and the award-winning “Yeats & Music”; “Synge’s Songs” (J.M. Synge); “A Gift of Autumn” (Louis MacNeice) and “Dancing a Jig in the Bed” (Sean O'Casey). She also produced, presented and compiled a Bram Stoker/Dracula centenary programme for the BBC featuring Stoker's great-nephew Dan Farson and the incomparable Christopher Lee, which was a prizewinner in the documentary category at the 1998 New York Radio Festival. The latter was produced for the BBC by Green Mann Productions, the independent company she formed with the late broadcaster and journalist Benny Green. Amongst other BBC commissions to Green Mann were Ann Mann’s productions of a series on the British Music Hall and a special with Pauline Collins.

Ann has been a Celebrity lecturer on the superliner "Queen Elizabeth 2". In 1989 she was invited to the Yeats Summer School in Sligo sharing the stage with Seamus Heaney and other Irish poets and luminaries and then lecturing on her thesis 'Yeats and Music' to an audience which included Yeats' late son and daughter - Senator Michael Yeats and the artist Anne Yeats.

She conceived and co-produced “Concertos for Coventry” for Iambic Productions. This was commissioned by BBC television as part of their commemoration of the 50th. anniversary of the wartime bombing of Dresden and Coventry and included works by Michael Tippett and Beethoven. At the other end of the spectrum Ann Mann also conceived, wrote and produced a TV documentary in the Channel 4 “Witness” strand - “Why East Grinstead?” - a slightly tongue-in-cheek investigation (including comments by the world famous playright Alan Ayckbourn) of the unusual fact that various religious groups, including the Scientologists and Mormons, have based their UK Headquarters in a small town in the county of Sussex called East Grinstead!

Ann has penned many television and film reviews plus numerous articles for major national newspapers and publications as well as for BBC National Radio and the World Service.

In the mid-nineties she decided to concentrate on a writing career and wrote an original screenplay “ONLY CHILDREN” financed by the European Script Fund and in script development with World Productions and the BBC. She has written a collaborative book “THE SENSUOUS VOICE” designed to illuminate the path of the aspiring or professional singer or simply those who are fascinated by the development and power of the human voice.

Her novel “THE IMPERSONATOR” - a story of sexual obsession set in the sixties is under discussion for film options.

Other film and TV projects in development include a bio-pic of Bram Stoker and co-production of an adaptation of Samuel Beckett’s “COMPANY”.

She has just completed her new novel “ARCANUM” which is set in eighteenth century Ireland and the present day.

Ann Mann is a member of the Writer's Guild and a voting member of the British Academy of Film and Television Arts - BAFTA. She lives in Highgate, London with her husband, the concert pianist Brooks Aehron. In her spare time she is a tireless supporter and worker for Wildlife and Planetary Conservation.